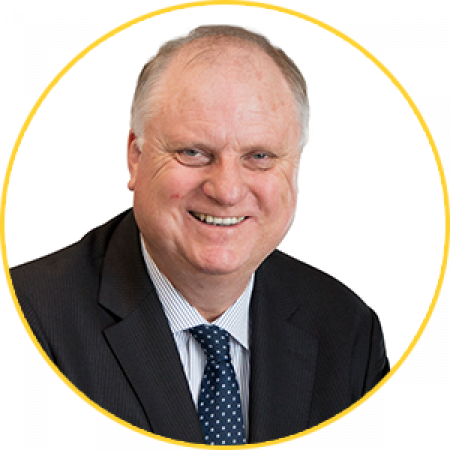 Trevor Hall is one of the world’s leading experts in the development and operation of roads policing enforcement technology.

He is well-known on the international stage and has organised, run and addressed many international road safety conferences in the USA, Australia, India, Germany, Dubai and the Netherlands.

During the 1990s, Trevor became an Advisor to the Association of Chief Police Officers’ (ACPO) Traffic Enforcement Technology Committee.

He was subsequently involved in establishing one of the UK’s first safety camera partnerships in 1999.

In 2004, he became responsible for managing the ACPO/Home Office Roads Policing Enforcement Technology Committee and in 2006, for coordinating the UK’s safer roads partnerships on behalf of ACPO.

In 2007, following his retirement from the police, Trevor set up and became Managing Director of Road Safety Support (RSS). The not-for-profit company provides a range of services to safer roads partnerships, the police and highway authorities. RSS is also a recognised IQ training centre, which has the ability to deliver international road safety and police formal qualifications.

In 2011, Trevor became a Special Advisor to the US National Highway Safety Committee (HSC). In this role, he provides advice on police and road safety issues to the Committee, which is run under the International Association of Chief Police Officers (IACP) in the USA.

In 2015, Trevor was co-opted onto the HSC as a full voting member. In 2012, Trevor was involved in developing road safety projects alongside supporting partners with the Kyrgyzstan and Moldovan governments.

In 2013, Trevor became involved in the RS10 Road Safety Project in conjunction with Bloomberg Philanthropies and the Global Road Safety Partnership. As part of this, he delivered road safety workshops in Turkey and Russia.

In 2014, on behalf of the International Centre for Alcohol, Trevor delivered training to senior police officers in Smolensk, Russia, in respect of road policing techniques.

From 2015-17, RSSi undertook a review of the enforcement services operated by the Department of Justice and Regulation (DJR) in the State of Victoria, Australia, one of the largest, longest-running, enforcement operations in the world.

In 2017, RSSi received the Queen’s Award for Enterprise in the International Trade category, which was presented by His Royal Highness The Duke of Kent at a special ceremony at the company’s office.

In 2018, RSS’s facility for calibrating and testing road traffic speed measurement devices was awarded ISO 17025 by the United Kingdom Accreditation Service (UKAS), the single most important standard for calibration laboratories across the world.